What is a self-tape? How do I self-tape? When should I self-tape? These and every other question about Self Tapes answered by Kevin L. Walker (Entrepreneur/Actor/Writer/Producer), via the official The Creation Station Studios blog.

Today’s technology has truly changed the game of auditioning. While in-person auditions are still the format actors based out of large cities do most frequently, the ability to self-tape an audition has allowed people to be considered for projects that are casting thousands of miles away from home. It’s also expanded the number of auditions people can apply to. Here, we explore the art of self-taping and the best way to get a quality product for that upcoming audition.

What is a “Self Tape” Audition?

A self-tape is an audition the actor films on their own and then sends in remotely.

It is requested by a casting director, and then is submitted to them electronically. They will provide the sides, instructions, and deadline, and then it is up to you to film, edit, and return it to them on time.

What are the benefits of self-taping?

Self-taping gives actors the ability to work on an audition until it is exactly the way you want it to be. They also allow you to be considered for jobs hundreds or thousands of miles away.

To the first point: you can keep filming until you are happy with the final product. It truly lets you put your best foot forward, therefore giving you a greater chance at catching the eye of the casting director and alleviating a lot of nerves that naturally come with in-person auditions.

Second, you can be considered for jobs hundreds or thousands of miles away. You used to have to mail a hard copy of your headshot to be considered for these projects; then, if you received an audition, you would have to travel to get there or videotape it and send it in by snail mail. Self-taping therefore increases access to auditions for actors and allows you to be seen for a wider range of projects. (Cutting out traveling also gives you more time to audition!)

What are the differences between a Self Tape for TV, Film, and Theater, and How Do i Deliver a Good Performance?

Self-tapes are pretty much same whether they are for TV, film, or Theater auditions.  What are some general tips?

For Self Tapes for theater auditions specifically, the casting director might be paying a bit more attention to your physicality and vocal quality to see if what you present can reach the back of the house. However, they’ll still be cognizant that they’re viewing your audition on film (and probably on the small screen of their computer at that). To this end, your audition should not overwhelm them. Be aware of being too loud, gesticulating wildly, or going in and out of frame by moving too much when filming theater auditions. Find the truthfulness of the piece and reign it in to fit on film.

In terms of TV and Film acting, “stillness” is of great importance; this isn’t to say you don’t use your body and voice, but you must be able to convey your thoughts, feelings, and emotions with minimal movement. You need to be able to convey expression and vulnerability through your eyes, facial expressions, and words.

How do I know if a job is accepting Self Tapes?

You will know if a job is accepting self-tapes because you will be specifically asked to self-tape by a casting director.

This usually occurs after either your agent or manager submits you, or after you have submitted yourself for a role through a casting site such as backstage.com. There might be some open calls you can find where anyone can submit a tape, similar to open calls for theater auditions where anyone can show up, but for the most part you have to be asked to specifically self-tape. When this happens, you will be given the sides, directions, and deadline along with the request.

What Can I use my cellphone to record my Self Tape? 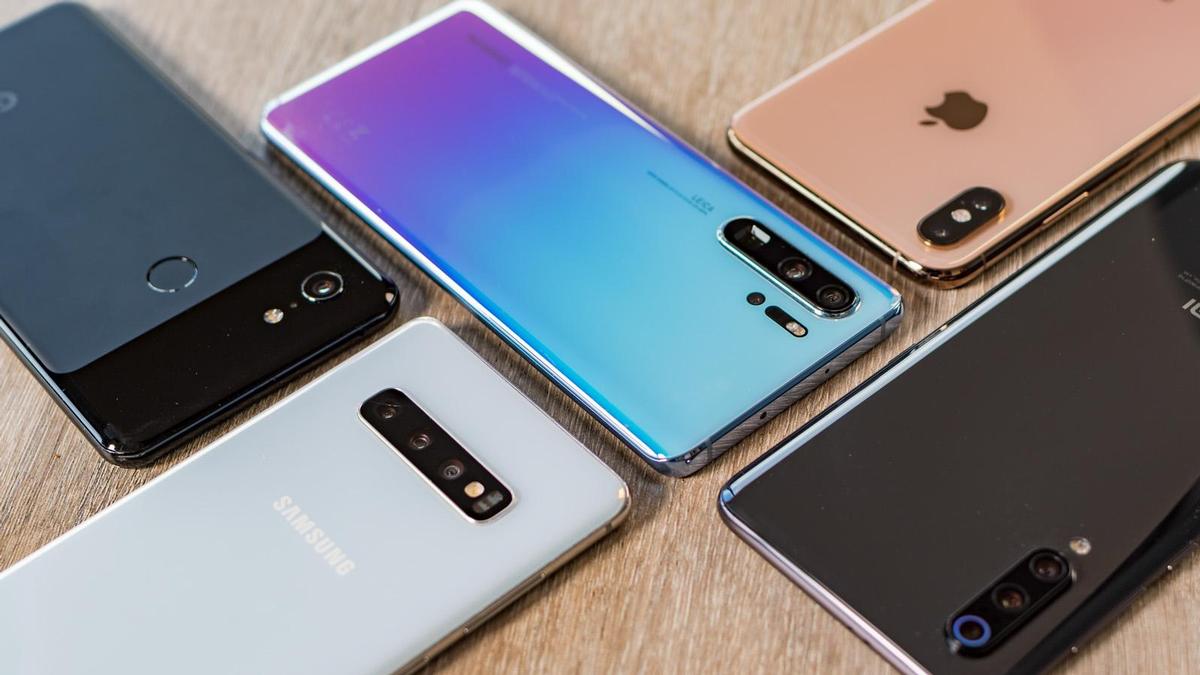 You can self-tape with the camera on your cell phone.

It is acceptable to use the camera on your phone for a self-tape audition, as long as the casting office accepts them. There are indeed instances where cellphone/at home self tapes are NOT being accepted. It is also seemingly becoming industry standard to NOT use cell phone self tapes, as the tapes casting receives and then shows to their clients(the producers of the project) are a reflection of them, casting may not pass your tape on to the next step of the process, simply because it looks and/or sounds too bad.

In order to enhance the filming capabilities of your phone, it is helpful to get some accessories. Namely, an external lens, rig (if your lens and rig aren’t a two-in-one device), tripod, lights, computer, backdrop, stands, sand bags, and mic will all help to really make your audition professional quality and give you at-home access to your very own filming studio.

In most instances, it is not recommended to use the camera on a laptop to film, as it is difficult to add accessories to get the type of film quality that is expected, and sitting at your kitchen table filming in a program such as Photo Booth is not going to give you a competitive audition when compared to what else is out there.

What are some of the most important parts of a Self Tape?

Some of the most important parts of a self tape audition are to provide authentic/truthful and engaging acting, while employing every technical advantage.

You must pay attention to the quality of the visual image, sound, and lighting. You must also make smaller choices to help yourself out, like having a neutral background (not bright and/or distracting) and wearing flattering (non-distracting) clothing choices.

What about Sound in a Self Tape?

The sound of your self-tape must be clean and audible.

You should always record high-quality audio, which has been optimize for the type of sound you are recording: speech, singing, flat, acoustic instrument, and loud.

If you are using a DSLR camera to record your audition, the sound quality is probably decent, but an external mic attachment can help take it to the next level. The most popular type of mic available for this purpose is the shotgun microphone, which can be placed on top of the camera. Another option is the lavalier microphone, which can be attached to the clothing near an individual’s mouth. For self-tapes, you would not want to use a hand-held mic or headset, as that would prove distracting from the action taking place. You would also not need a boom mic, which is what is used on film sets, as that would be overkill and would require either an extra person to help you film or a boom stand.

If you are worried about distracting noises appearing in your self-tape, you’ll want to consider investing in a mic shield.

What Lighting should I have in a Self Tape?

Lighting for a self-tape should not be dim, however, it shouldn’t be so bright that it overpowers or washes you out. Aim to shoot during a time of natural lighting, but that alone won’t be enough.

Casting directors need to be able to clearly see your face in the shot. The lighting you use should never overpower you, causing a washed-out look, or be so dim that it creates shadows on your face. It’s always best to use two light sources: a key light (from the front) and a fill light (from the side). You may have to play around with where you set your lights up to avoid distracting shadows in the back and make sure that your face is evenly lit.

What is the Best Self Tape background? 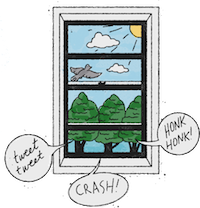 Your filming background should be neutral in color, even throughout, and look good when well-lit.

You can go one of two routes:

In terms of color explicitly, grey or black backgrounds work best. However, if you happen to have an off-white background, that should work, as well. Be sure to avoid anything with patterns, bright colors, or objects behind you, all of which could distract the casting director from what they should be focusing on—you.

What should the framing of a Self Tape look like?

Unless otherwise specified, a tight frame from your chest to just above the top of your head is best for self-tapes.

It’s also best to not move around a lot while acting, especially taking care not to walk in and out of the frame. Give yourself a mark on the floor to ensure that you’re centered for all of your takes. The frame should typically be from the chest up unless specified to be shot differently.

How should I edit my Self Tape?

The easiest (and cheapest) way to edit your self tape video audition is to use iMovie or Final Cut Pro.

They are both user-friendly. You can cut the scenes, add text, photos, music, and transitions, all with iMovie. If you cannot afford the editing software and hardware, you there are professional establishments that can edit your footage for you.

What are general tips I should know about self-taping?

Always follow the casting director’s instruction for self-tapes, and don’t send hard materials along with your electronic submission.

First, follow directions: This seems like quite an obvious suggestion, but you’d be amazed at how many actors don’t fully follow the directions that are requested.

This could include instructions such as:

Give yourself a professional edge by carefully and thoroughly reading the directions, following them exactly, and then double-checking those details before you press submit.

Additionally, don’t send unsolicited “hard copies” of your material. For starters, if you’ve sent an electronic copy, it is redundant. Also, no one wants to plug a USB from a stranger into their computer.

Self-taping has truly revolutionized the way actors audition. Be sure to set yourself up for success by creating auditions that are of professional quality and can compete with the level of self tapes that your fellow actors are submitting to casting directors. You never know when your audition will catch that casting director’s eye hundreds of miles away!